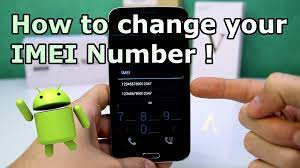 Uses and the Reasons to Change IMEI Number – The International Mobile Station Equipment Identity (IMEI) number is a collection of numbers that is used to identify the device that connects to the network. The IMEI of each gadget will be unique. This article will teach you how to change an Android phone’s IMEI number.

The IMEI number can be used for a variety of purposes:

Because its major purpose is to identify a mobile device no matter where it is, many people are concerned that hidden groups are keeping an eye on them. Many people assume that if you alter your IMEI Android number, no one will be able to track you.

Reasons to change the IMEI number

Changing the IMEI on an Android device, like many other things, has benefits and drawbacks. Here are a few examples:

How to Add Google Gadgets in Your Sites

Ways to Use Public Wi-Fi Safely