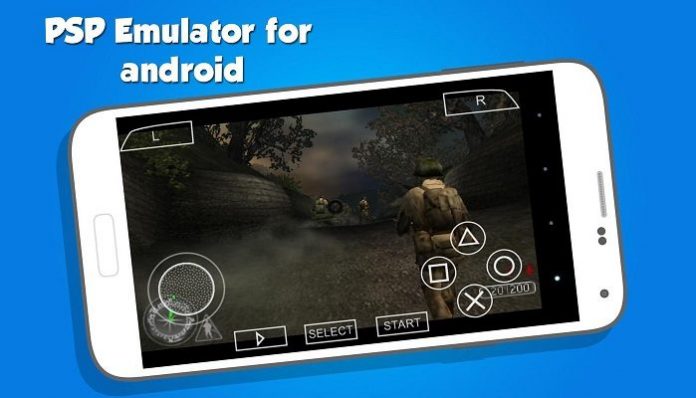 You may play any PlayStation Portable game on your Android mobile with these PSP emulators. To play games, attach a Bluetooth controller or a PlayStation 3 controller. Hundreds of PSP games have been successfully tested on the PPSSPP emulator, and a list of PSP titles that are supported by PPSSPP and other PSP emulators has been compiled. So, in this piece, we’ll go through some of the most popular functional PSP emulators for Android that have good graphics and also support popular PSP games.

Due to their wide compatibility, The PSP emulators for Android such as PPSSPP, ePSXe, OxPSP, and all the ones listed here have become so popular.

This is, as you may know, one of the first and most well-known emulators for playing PlayStation Portable games on Android devices. PPSSPP allows you to play a wide range of PSP games on any Android smartphone. It has high-resolution graphics and speedier gameplay. It is compatible with Android versions 2.3 and up. This program has been downloaded by around 50 million people.

The ePSXe Emulator is a Playstation game emulator. You may play your favorite PlayStation games on your Android mobile, thanks to ePSXe. It’s compatible with both Android phones and tablets. To play ePSXe or PlayStation games on your Android, you’ll need to pay $3.75 on the PlayStore. It provides a fantastic PS remote simulation. You can effortlessly play PS games on Android with complete sound synchronization and great speed. You can also save and load game data with ePSXe.

This is a new and free PSP emulator that is based on the PPSSPP emulator source code and promises to improve gaming graphics quality, speed, and sound synchronization. It gives you more control over the game. All PlayStation games are supported, including cheats. This also allows you to store or load the game so that you can play it later.

It is compatible with all smartphones and tablets. It is a lightweight Android emulator that works with Android versions 2.3 and up. Download and save ISO and CSO game files to your internal memory or SD card to play portable PlayStation games. It offers excellent game compatibility and performance, as well as precise sound synchronization.

Another excellent PSP emulator for Android is PSP Emulator. It’s a small Android app with a simple user interface. This Android Emulator allows you to play games at a high pace while maintaining exact sound speed. It works with all PlayStation games. The game state can be easily saved and loaded. It also allows you to play network games. It is compatible with Android versions 2.3 and up. This Emulator has been downloaded by around 0.5 million people.

It is a free PSP games emulator based on the PPSSPP PSP emulator, which is open source (GPL 2.0) and available on Google Play Store. It can play a variety of popular PSP games at high speeds while consuming minimal battery power. It has a good game control system and top-notch graphics. You can store your game’s progress and load it later. You will have the greatest gaming experience possible, with seamless gameplay and a high frame rate.

This is yet another excellent Android PSP emulator. It allows for quick gameplay. It uses less CPU power and conserves our battery life. It can play a wide range of PS games. It also has a feature that allows you to save your game state and load it later. This Emulator has been downloaded by around 0.5 million people.

Another popular PlayStation Emulator for Android phones is Play Station. This App also allows us to see other players’ achievements and levels. In this App, we may also communicate with other users. We can also receive notifications from our pals for gaming alerts, notifications, and invitations. It requires Android version 4.0 or higher. This program has been downloaded by around 50 thousand people.

It’s an Android emulator made specifically for playing PlayStation games on Android. All game cheats are supported. It offers the finest game compatibility as well as simple controls. It also helps us save battery life. We can also save the current game state and load it later. It also has an auto-save feature in case you exit the game by accident. This program has been downloaded by around 50 thousand people.

This PSP emulator can transform your smartphone into a genuine PSP or perhaps a better one. It provides the best functionality for full-speed game emulation. This software is free. However, there are some in-app purchases available. It’s a small Android app that works with Android 2.3 or higher. It has high-definition graphics and simple controls. It can play a wide range of PS games. Simply download the game ISO file and save it to our SD card. This Emulator has been downloaded by around 50 thousand people. This PSP emulator is likewise based on the PPSSPP emulator’s source code.

These are some of the top PSP emulators for Android that can be used to play PlayStation games. All of the PSP emulators listed above are based on the public-domain PPSSPP emulator source code.

How to use Emulators for Snapchat on Android and iOS Device